A dark side to Open Source 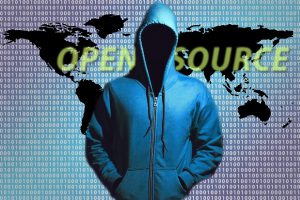 While Open Source projects might be perceived as altruistic collaborative communities developing work for the common good, let me illustrate an example of a more cynical nature that I encountered.

In 2011 I created templates for use in ASP.NET MVC 2 with DevExpress.  DevExpress is a commercial framework that delivers functional and interactive experiences for the web, regardless of the target browser or computing device. At the time it was supporting ASP.NET only, while Microsoft’s developers were excited about the new and cool MVC.NET paradigm.

Having created scaffolding templates for use in ASP.NET MVC 2 with DevExpress I then released it as open source and have had over a thousand downloads so far.

There was plenty of communication with the open source community but eventually a disturbing pattern emerged.

Random people asked to join the group I had created and without contributing a single thing, then added that now they had become joint authors of my open source work …

Wising up to this unethical behaviour I then began asking for a description of what each new group member would bring to the project prior to joining. This proved to be an effective filter to screen out the freeloaders.

Anyone else have similar open source experiences and the need to be take precautions to eliminate false attribution scammers?